An Expose on Wing Chun Kung Fu explains the principles and concepts on Traditional Wing Chun.

The principles of Sil Lim Tao, Center line, Central line theory and 5 stages of Combat are explained and illustrated.

Sifu Linda’s expose’ on wing chun kung fu is a culmination of years of extensive research in Australia and China.

Buyers in Australia can order a Wing Chun Manual via our contact page.

Grading Syllabus from Level 1 to Level 10.

All the Theory and Principles of Jee Shin Wing Chun required for Gradings. 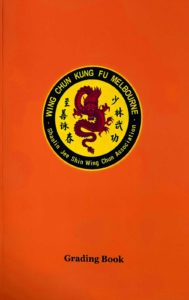 What is you Wing Chun Book about?

My Expose on Wing Chun covers all the concepts and principles as perceived by Shaolin Jee Shin Wing Chun.

How long have you been doing Wing Chun?

I started Wing Chun in 1991. I have been teaching professionally since 1996.

Who was your Teacher?

Have you been to China?

I have travelled to China 10 times. I have trained and interacted with many renowned Wing Chun Masters around China.